I’ve been going to the Dublin Irish Fest since high school and it’s always guaranteed to be a good time (and crowded.)

This year, I volunteered on Friday. I sold beverage tokens at the southeast entrance. I liked how busy we were during my shift. I felt like there was always a lot to do and so that made the time pass by quickly. There were a lot of volunteers there but not everybody was working or helping so that was a bit frustrating. But, I really like the volunteer T-shirt I got and I was excited to get two free admission tickets.

Saturday, I went to the Irish Fest with Emily and Becky.
As soon as we arrived, we bought beverage tokens which we traded in for a beer. I got a George Killian’s Irish Red, which was so refreshing in the hot sun. We walked around and looked at the Celtic Canines and the Irish ponies. Under one of the tents on the tennis courts, I bought a nice silver ring. I recognized the jewelry stand from last year because that’s where I bought  a pair of earrings (that I still wear today.) 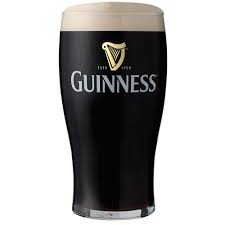 We bought some colorful kettle corn and watched some Irish dancing at the Irish Thunder Stage. Irish dancing is so cool to watch. I mean, the wigs, the high kicks, the music, it’s just so neat.
For dinner, Emily got macaroni and cheese and Becky got corn dog and chips (fries). I filled up on kettle corn. By this time, we were ready for another beer, so we stood in line and waited. Eventually, I got a nice Guinness.
We watched some of the Highland Games where guys were throwing heavy burlap sacks over a tall horizontal pole. It looked like pole jumping but for the burlap sack.
Overall, it was another successful Irish Fest.