I admit that freshman year in college, I was in the Gaming Guild. We met Saturday nights in a nice big classroom and played games. I’ve always liked playing board games, card games, etc so I had a good time.

Kingmakers, in the Short North, reminds me so much of my Gaming Guild days.

They have an entire wall of floor-to-ceiling games available. The best part is, a staff member aka Board Game Sommelier will teach you any game. That’s my favorite part of Kingmakers. I’m floored at how these intelligent staff members can know how to play 200+ games and can clearly articulate how to play them.

Ascension
I wasn’t a fan of this game because I generally don’t like games that are too fantasy or mystical related and that have a lot of complicated cards. I thought I would like this game because it involves buying and using cards but it’s more complicated than that. Even by my last turn, I was still stumbling through the motions and unsure what I was doing. I’m told this game is similar to Dominion, which I assume I also would not like, but hey, I haven’t tried it so who knows.

Timeline
I’d like to play this game again. It was simple, challenging and fun. Each player gets 4 cards and the cards feature a significant invention or event in history (Invention of sign language, Les Miserables publication, invention of the wheel, etc) and the date of that event listed on the back of the card. There’s one card in the middle with the date of the event already revealed. You have to decide whether the cards in front of you came before or after that event out on the table. So it really quizzes you on how well you know history. I could see a trivia buff or history nerd excelling at this game. I beat my partner almost every game. It helped to ask myself questions like “Was this before or after the Renaissance?” or “Did this invention need to already have been invented for the Industrial Revolution to occur?” 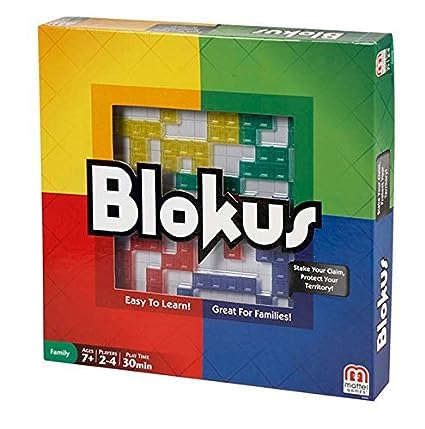 This game is like Tetris but not played on a computer screen. You have a wide variety of colorful Tetris style shapes, ranging from one to five blocks. You can lay down a piece as long as it touches diagonally to any of your existing pieces. It can’t touch the side of any of your existing pieces. My partner didn’t explain the rules very well to me so I kept trying to lay down pieces next to my own and they would say “No! You can’t do that!” (That’s why it’s better to let the Kingmakers staff member teach you, instead of letting your partner teach you.) Since I didn’t know what I was doing, my partner almost blocked me into a corner. Even Rose, a Board Game Sommelier said something like, “Hey, why are you doing that when it’s her first time playing?” That left a sour taste in my mouth so I didn’t really enjoy Blokus but I would be up for trying to play it again, as long as it’s with a better partner.

When you go to Kingmakers, keep in mind there is a flat $5 per person Library Fee. I like to think of it as I’m paying for the Board Game Sommelier’s expertise and to borrow games I’d otherwise wouldn’t be able to play. If you don’t want to pay the Library Fee, you can sit out on their patio upstairs and play games there.

One last reason to go to KingMakers is they have a nice selection of 8 beers and 4 wines on tap and they serve food. Their Happy Hour is every Tuesday, Wednesday, and Thursday from 5 to 7 pm and it is $1 off domestic beer cans and $2 off tap wine and beer.