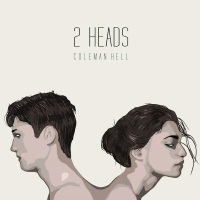 I first heard this song on a Spotify Discover Weekly playlist and thought yea, that’s cool. But then I heard it on 105.7 The X and got it stuck in my head. That same day, I went for a drive down to Hillsboro, Ohio and proceeded to listen to that song, oh, 6 times during that car ride.

The lyrics resonate with me right now in my life and I love the banjo part after the verses. The lyrics seem to describe the singer’s desire to improve his relationship and to not let their fights consume them or make them into something they know they are not. Like he sings with such a raw desire. It’s beautiful how he realizes what they are turning into and begs that they don’t become that monster. Such simple but elegant lyrics.

Sweater Weather by Taylor Phelan, originally by The Neighbourhood

I heard this song also on a “we think you’d like this” Spotify playlist and recognized the lyrics of course. I like this version a lot because it’s slower and he articulates the lyrics more than The Neighbourhood. I recommend signing along to this version in your car when stuck in traffic.  I don’t know who Taylor Phelan is because I don’t watch much of The Voice, but I can appreciate a good

Remember this song? Yeah. I was listening to the radio and something reminded me of this song and I re-fell in love with it. It’s so 2004. What a perfect song when you just want to admit that you had a bad day and things aren’t always perfect.

I’m not a hipster but liking this song helps me pretend I am. They don’t seem to be a well-known band yet but are still making cool music. I admit the title of this song caught my attention before the actual music did. But I do think it’s well produced. It has a young Taylor Swift vibe to it. I like when she sings “But I’m only lonely when I’m drunk.”