Skip to content
September 24, 2013 Debbie
The Denisonian Sept. 17, 2013
Community mourns Bookstore Manager: Joe Warmke
By: Debbie Gillum
“Joe’s motto was: We don’t make money, we make friends.” said Lisa Olmstead, General Merchandise Supervisor of the Denison Bookstore. She knew Joe for 16 years.
Joe Warmke, the Bookstore and Business Services Manager, passed away on Sept. 7 at age 51.
Warmke began his employment with Denison on July 15, 1991 as Bookstore Manager. He became Bookstore and Business Services Manager on July 1, 2003, assuming additional responsibilities for Office Services, Mailroom, and Print Center.
He passed away due to diabetes complications. Warmke rarely talked about his health with his friends.
David Selby, ITS Lab Manager, knew Warmke for 18 years. They were “close friends and golfing buddies for the last six years.”
“We talked about his health but he wouldn’t dwell on it and never let it become the center of attention,” said Selby, “And I knew when I was starting to sound like a nag because he would change the subject.”
All of the current bookstore staff was hired by Warmke.
“He gave us so many opportunities. He saw something in us and we are very grateful,” said Olmstead. She said that Warmke helped them “become a team and a family.”
Warmke was much more than just a boss to the bookstore staff.
“He was like a brother to us. We saw him more than our own family sometimes,” said Olmstead, “Our kids even grew up together.” Olmstead and Terry White, a bookstore cashier, had daughters that went to Granville High School with Warmke’s daughters.
“He was an easy-going boss. He didn’t tell us what to do, he expected us to know what we should be doing,” said White.
Luanne Scott, Textbook Supervisor, recalled how Joe had originally hired her as a cashier. He encouraged her to apply for her current position and would always tell her, “Don’t worry I got your back.”
“He left an impact on all of the people he met. Joe was very warm and genuine when he talked to someone. And he would always try to end with something funny,” said Scott.
He was a very good listener and had a wonderful sense of humor, according to Scott.

Alumni would frequently stop into the bookstore to say hello to Warmke, even if they graduated 10-15 years ago.
“He was a very compassionate person. He knew no strangers and he loved the kids here,” said Olmstead.
Some might be surprised to learn that Warmke was a drummer in a rock band when he was younger.
“He loved Pink Floyd but he hated Neil Young,” said Scott. She joked with him that he looked like the Zoot, the Muppet who played saxophone.
Warmke enjoyed painting, golfing, and watching Seinfeld and The Wizard of Oz.
Selby recalled how “Joe had an encyclopedic knowledge of music, bands, movies, and TV shows.”
“He had a Seinfeld quote for just about every life situation you can imagine. Sometimes when he reserved tee times for our outings he would make it under the name Seinfeld just so he could walk up to the pro shop and announce ‘Seinfeld, party of two!’ from one of his favorite episodes,” said Selby
Warmke and Selby enjoyed routinely golfing with each other.
“He loved to golf and we rarely missed our Thursday outings. We always began our round with a warm handshake and a declaration of how great it is to be there at the course,” said Selby. Warmke’s “daughters were his favorite topic as we walked the golf course.”
At the end of each round of golf, the two friends ended “with another warm handshake.”
“He would always thank me for spending time with him.  Every time. Never skipped it. And I always told him there wasn’t anyone I would rather spend that time with,” said Selby, “I think we both thought we were each getting the better part of that bargain. I still feel that way.”

Warmke was a native of Greeley, Colo. He lived in Malaysia for a period of time when he was younger, and the bookstore staff agreed that it was his fondest memory because he always talked about it.
He came from a large family of six boys and one girl. His father was a professor at Ohio University, where Warmke also attended. Warmke earned a Bachelor of Business Administration (with honors) in 1986 and a Master of Arts in Economics in 1987. While at Ohio University, Warmke worked as textbook manager of Logan’s Bookstore from 1983 to 1987. Before coming to Denison,  he was the acting manager of the Wright State University bookstore as well as an adjunct professor of economics at WSU.
In a Denisonian article from Sept. 19, 1991, Warmke said, “We want to be a place where the students can just come in to see what’s new.”
Warmke also said in the article that “The store is not out to make a profit. Our objective is to break even.” He said that he carefully screened vendors to provide students the best products at the best price.
Those who knew Warmke best are working to stay strong through this difficult time.
“It’s just surreal that he’s not here anymore. We miss him on a daily basis,” said Olmstead. She said that they would, “keep doing business the way he would like it done,” and that “nothing will change.”
Joe Warmke will always be missed by the Denison community.
There will be a memorial service sometime this week in Granville. 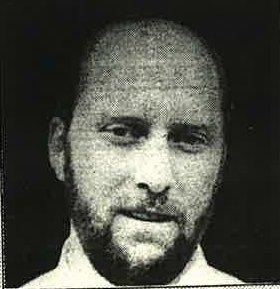