I studied abroad for a semester in Copenhagen, Denmark during the spring of 2013. While there, I lived with a host family, traveled throughout Europe and studied Strategic Communications.

At Denison, I was an active editor for the school newspaper The Denisonian. I wrote many articles, laid out pages using Adobe InDesign, and gained experience working in a fast-paced work environment.

In the summer of 2012, I interned at Michael T. Gunner’s law firm in Hilliard and at Bryn Du Mansion in Granville. At the law firm, I answered phones, filed paperwork, accompanied him to court, and organized the office. At Bryn Du Mansion, I gave tours, created new marketing materials, oversaw their social media, and took promotional pictures and videos for their website.

In the summer of 2013, I worked at Cedar Point for a few months then interned at Active Travel, a local travel agency in my hometown (Hilliard). I managed their social media. I helped out at trade show, promoted events, wrote blog posts, oversaw the design of a new website, made promotional materials, and carefully improved their social media.

In 2014, I worked at The Longaberger Company as a Communications Representative. I joined the social media marketing team and helped manage the Pinterest and Instagram accounts. I enjoyed engaging with Home Consultants and hearing how much they enjoyed Longaberger baskets. In this role, I learned a lot about digital marketing and had the opportunity to write product copy as well as articles for the Signatures magazine, which is distributed to Collector’s Club members.

In 2015, I was a freelance reporter for ThisWeek News and a bookseller/ barista at Barnes and Noble. I loved interviewing community members and sharing their stories in the local newspaper. There’s so many amazing people doing outstanding things for their community. I attended school board and city council meetings, often having to summarize 3+ hour meetings into concise easy-to-understand articles. At Barnes and Noble, I liked recommending books to customers as well as answering questions about espresso beverages at the Starbucks cafe. I was more than happy to explain the difference between a cappuccino and a latte.

In the summer of 2015, I worked at Nationwide answering phone calls from 401k participants. I liked being able to answer their questions, inform them of complex procedures and guide them through the process of withdrawing or rolling over their funds.

In 2016, I began to consider going to law school. I worked at a real estate law firm that was also a title agency. I would order title searches on residential and commercial properties, prepare title commitments and residential title policies.

I’ll be the first to admit, I’ve worn a lot of different hats. Baseball caps, cowboy hats, helmets, and even sombreros. It took me a while to figure out what career path would give me the most enjoyment in my life. Every position I’ve been in has helped me learn more about who I am and has prepared me for the next. 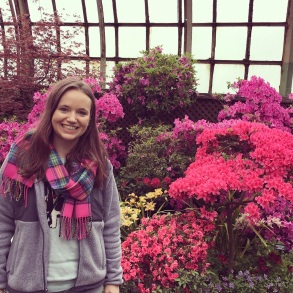